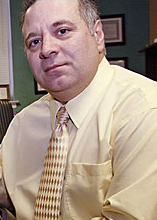 Paul J. Margiotta, is the founder of The Margiotta Law Firm, P.C. He began his practice as a sole practitioner and has been in practice since February 2003. Mr. Margiotta concentrates his practice on state and federal civil litigation, in areas such as personal injury, civil rights, education, employment and municipal law.

© 2023 Margiotta Law Firm, PC. All Rights Reserved.
This website constitutes attorney advertising and is designed for general information only. The information presented in this site should not be construed to be formal legal advice nor the formation of a lawyer/client relationship. Prior results do not guarantee a similar outcome.